In the Red Couch Space
Perceptions 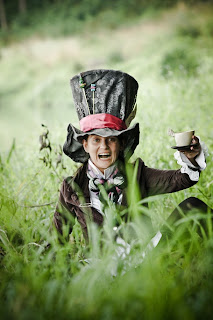 16th October – 11th November
official opening 16th October at 5 pm
Everything in her starts with a thought which glides above the picture. The eye sees it, the mind catches it and pierces it with the free bird's beak. Individualism, passion and the technique of peeping from the other side of a mirror is connected with humbleness, a child-like admiration for the world and the resolution of a mad motorcyclist.
Born in Poland, she has been living in Ireland since 2004. She's an open, communicative risk-taker who wants to get to know the people and herself. She wants to catch the hidden pictures. That is why, by taking a camera to her hands, she feels fulfilled.

Olga invited also Peter Cierniak to exhibit some photographs.
Peter Cierniak is a freelance photographer based in Dublin and Kildare. Passionate of fantasy art. Adrenaline junkie addicted to extreme activities. Shares his time between motorbike touring adventures and his PCPA Photography Studio project. In photography he likes expression, wide angles...and no rules.
Posted by Ennistymon Courthouse Gallery and Studios at 3:07 PM