The Outside is Inside

The Outside is Inside
New Works by Martina Cleary 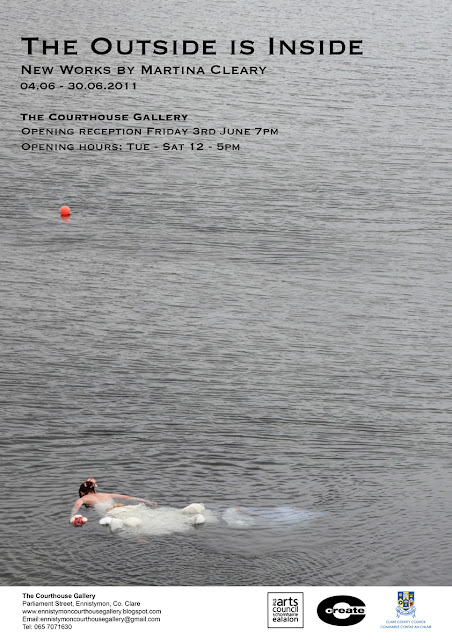 
The work presented in this show has  evolved through a collaboration with Clare Women’s network based in Ennis, beginning in 2009. The large tableaux photographic images, while collaboratively constructed are inspired by real life events. Part of this project was initially presented as a series of posters, released daily with statistical information during the 16 Days International Campaign against Gender-Based Violence in November 2009. Subsequent research, supported by the Create Artist in the Community scheme has sought to focus on exploring how perceptions of safety and threat correlate with womens lived experience of both private and public spaces within the local community. While some of the works in this show are constructed or performed, others are inspired by over sixty individual interviews and are more documentary in nature. Part II of this body of work will be presented as a solo exhibition at the RHA Ashford Gallery in November 2011.
Artist’s Bio
Martina Cleary is a multi-media artist working with photography, video, drawing and text as her primary media. In Ireland she attended NCAD and The Crawford College of Art & Design, followed by post-graduate studies at The Academy of Fine Arts and The Alvar Aalto University, Helsinki. Beginning in the early 90’s, her work has been shown and collected in Ireland, Finland and Germany. Recent shows and awards have included; The Irish Arts Council Project Award 2010, the Create Artist in the Community Award 2010, the Roscommon Arts Office Art@Work Residency 2009,  EV+A 2008 at Limerick City Gallery, Impressions 2008 All Ireland Print Show (First Prize) at Galway Arts Centre and ‘Things That Go Bump’ a solo show at Monster Truck Studio & Gallery, Dublin in 2008.
Martina’s work deals with investigating what lies hidden beneath the surface of the everyday, particularly with respect to the construction of stories, histories and knowledges of place which inform the creation of individual and collective identity. Her work often brings together memories, associations and perceptions attached to particular sites, whether historical or contemporary to discover the relationship between place, power and the potential of the individual to affect change. 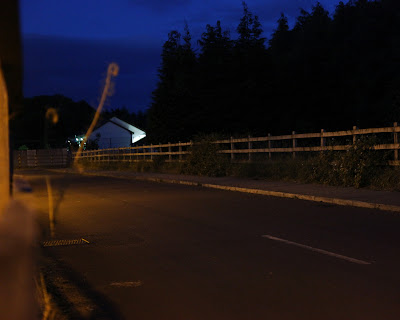 Martina’s work has been supported by The Irish Arts Council, Clare County Council, The Finnish Arts Council, The Finnish Cultural Foundation, The Finnish Institute in London and a number of other Arts organizations in both Ireland and Finland. Along with her work as an artist, Martina is currently Head of Photography at Burren College of Art and also works as a lecturer in Critical & Contextual Studies at Limerick School of Art and Design.
Further information about this artist is available at www.martinacleary.com

Posted by Ennistymon Courthouse Gallery and Studios at 1:17 PM