'Liquid is everywhere' an exhibition by the Estonian artist group Liquid

History of the group Liquid
Liquid was established in 1995 when its mythical forefather Peeter Velberg – semi-underground legendary figure who experimented with street perfomances, photography and film in the 1980's  – compiled the first magazine. The first issue was followed by magazines Circle and Bubble (editor Erki Kasemets), Salt Storage Special (Sven-Erik Stamberg), Liquid-Millennium (Al Paldrok), Still-life (Sven-Erik Stamberg), International (Sven-Erik Stamberg) and Fashion Special (Sven-Erik Stamberg).
The traditional format of the magazine is A4: each author submits his contribution in that layout on a sheet of paper, which are then put together and copied in a simple manner The number of people working on the black & white magazine in a mostly collage technique was originally a few dozen or so, the print run was also a few dozen copies. Over the last few years the number of contributors has grown considerably, the last issue (Fashion Special) having more than 50 contributors. Also, over the last years the content has become more diverse as the group has made various performances and exhibitions in different locations of Estonia.
The name of the group splendidly illustrates its philosophy – the members do not question why they create art. Liquid exists just for the pure joy of creating work, reflecting a time when Artists created work for the joy of creating it.
One Liquid member has written: This movement knows the power of time, a year for them is not a unit even though yearly magazines have been published.
Members do not argue about philosophies and politics – they just create pictures, music, videos, collages and performances together. They are not driven by ambition, they appreciate living in the present, enjoying the ebbs and flows that each day brings, to them it is a safe environment for exploring new ideas.
The membership of Liquid is fluid. Everybody who wants to join can do that.
Our motto is that everybody who knows a member of Liquid is considered a member. This makes Liquid the biggest art group in Estonia (if not the world).


Sorge (Margus Tiitsmaa) exhibits paintings and does a Live performance along the theme: LIQUID on the opening night of the festival. 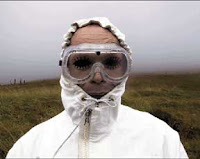 Marge Laast exhibits photos and an interactive video installation made from materials gathered during her expedition to Siberian villages; a series of compositions inspired by ornaments from different localities. 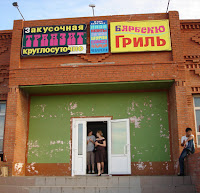 Katrin Valdre exhibits large abstract oil paintings. They have layers of colours. She creates a floating atmosphere evoking a 'Panta Rei' or Liquid. The paintings carry their own reality. 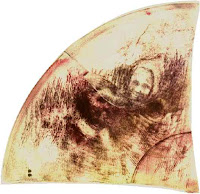 Erki Kasemets shows an installation and a video based on an Estonian local scene. He will also show photos from his large scale installations made on different locations. 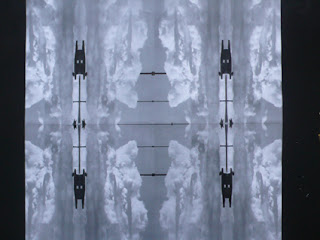 Posted by Ennistymon Courthouse Gallery and Studios at 8:29 PM

Email ThisBlogThis!Share to TwitterShare to FacebookShare to Pinterest
Labels: LIQUID is EVERYWHERE