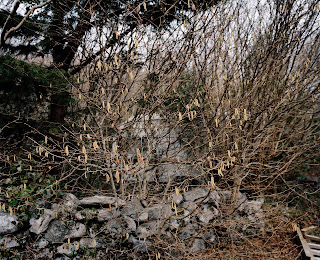 
New Line:
This body of work documents the space inhabited by a small alternative community in the West of Ireland. By exploring the private world created by the people that live here, this work adopts a silent and contemplative tone, and seeks to engage with this space and its inhabitants, rather than expose it. Through carefully negotiated access and many discussions, the work becomes a catalyst of my experience and the time spent making the work. Carried out over the period of a year the images reveal the harsh depths of winter and the warm fertility of summer. The images tell the stories of the people that belong here, but only ever show a glimpse of their presence. 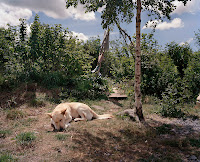 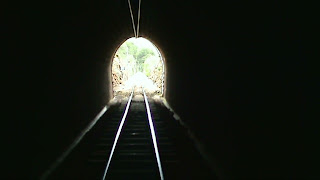 . THE PERSISTENCE OF MEMORY (projected video)
For this piece I wanted to go back to the origins of cinema and limit myself accordingly. The first motion picture by the Lumiere brothers “ train arriving at the station “ needed a complete narrative in one take from a fixed viewpoint (due to the constraints of technology at the time) so I strove with modern technology to do likewise. No editing or effects ,using original sound and having  a complete narrative. References around  train imagery being many , this journey by train could symbolise past lives.
B. THE PERSISTENCE OF VISION (DVD)
Based on the phenomena ‘Persistence of Vision’ in which a series of still images projected in succession
give the illusion of an unbroken  connection (the basis of film and animation) and more specifically the visual hallucination which occurs when the speed of the object being  filmed exceeds the film speed. (The reason why wheels on a car move backwards in a film.)Our perceptual systems seem to work in a similar way. The piece is self referential  in nature relating itself to the way this medium works and indeed its inequities which have correlations to the inequities of our perceptual systems.
In relating the two pieces I compare the visual  hallucinations of  “persistence of vision ” and  the construct of mental hallucination in  “Persistence of memory”(present/past lives). The tunnel hallucination symbolizing near death and birth experiences.

Artefact - A series of white chalk drawings on black paper.
Each drawing was completed over the course of a day.  As the day progressed the light changed and the detail was picked out, leaving the shadow from the morning.
In this way they are like composite images recording the passage of time.


Posted by Ennistymon Courthouse Gallery and Studios at 4:38 PM