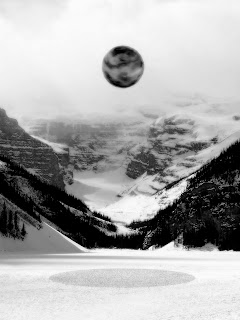 Barry Foley is a native of town but is now based in the Burren, Co Clare. In this exhibition Barry explores intriguing questions about science and scientific exploration.
“Not since Victorian times science and scientific exploration have captured the public’s attention, nor has it been more controversial. The world is at a juncture; Global Warming, Economic and Cultural disaffection. Has scientific evolution contributed to the situation we now find ourselves in? Can science bridge these gaps and aid in the solution to such problems?”

The Victorians were impressed by science and progress, and felt that they could improve society through discovery in the very same way they were advancing society through technology. Is it possible that our outlook on life and the world can be changed by looking back? Back to a time when science was met with romanticism and wondrous excitement? Can a more nostalgic perspective open a door to an accessible modern relationship with science?

An inspiration for his work is Charles Quartermaine a scientist, explorer and artist. He received his Doctorate in Quantum Anthropology from Harvard in 2008 and is best known for the discovery of the Higgs Boson Field, which not only confirmed the multi-verse space time theory but opened the door (literally) to inter-dimensional travel. “His work deals with current research in Cosmology and Quantum Physics, and is trying to reveal the very essence of our world. To challenge what we think we know to be true. Influenced by Victorian Plate Photography and the era itself Charles displays his work believing that we all possess this sense of shared history”

Barry received his Degree in Sculpture from the Crawford College of Art and Design, in 2004, he had numerous shows before gaining a Masters Degree in Fine Art (Virtual Realities) from the National College of Art and Design. He has taken part in numerous exhibitions and has works in Private Collections both in and .
Posted by Ennistymon Courthouse Gallery and Studios at 1:35 PM