Tom Portman "At One"


Tom Portman
Saturday 5th February
in the gallery at 8.30 admission  €5 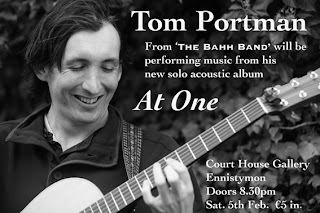 Multi-instrumentalist, performer, composer and songwriter Tom Portman is based in the west of Ireland.  Playing acoustic & electric guitar, Dobro & lap steel, Tom presents a wide repertoire.  His compositions draw on many global styles yet have a distinct flavour of their own.
January 2011 will see the launch of Tom’s 2nd solo album, ‘At One’.  This self produced collection features instrumental compositions, songs and arrangements of traditional Irish tunes for finger-style guitar and Dobro.
“Tracks sound great; very interesting chord lines and use of space.”
Guitarist, Dennis Cahil
‘Fascinating…he absolutely captivated me.’ John Richards, Galway Bay FM
In addition to live and studio session work, Portman teaches music in Galway through the GTI and ‘Maoin Ceol’ School of Music. He regularly performs around Ireland from small venues to festivals such as the Electric Picnic and the DLR Festival of world cultures.  Internationally, Tom has toured in Poland where he played the Suwalki Blues festival.  Portman has also played venues in the UK, North Italy and the South of France.
Tom’s other involvements are with: 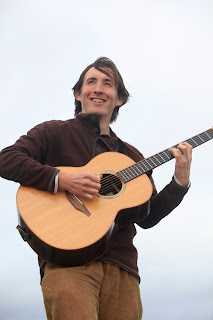 In previous years he has collaborated on Bluegrass/Americana projects with Gone to Grass, Kiss my Bluegrass and Vince Cross. See www.myspace.com/vincentcrossx.
Posted by Ennistymon Courthouse Gallery and Studios at 3:38 PM