Townlands is an exhibition of works made over the past two years by artists Alan Counihan and Gypsy Ray as part of the Townlands Project. Works to be shown at the Courthouse Gallery will include photographs, drawings, sculpture, installation and film all of which have grown out of creative interaction with the artists’ local landscape
The Townlands Project (www.townlands.net) is an ongoing creative exploration of a rural landscape and community in north Kilkenny. It has involved the gathering of place and field names in nine parish townlands along with a series of oral history recordings. Engagement with the community has been wide-ranging resulting in a collaboration between Barnstorm Theatre Company and the local national school, an artist-in-residence-programme , a seminar and a short film, all based on the local landscape and its history. It is anticipated that a publication will follow in 2011-2012. 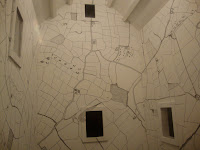 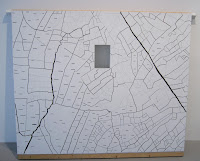 Over the past twenty years Alan Counihan has realised many large site-specific works in the public domain and exhibited widely both in Ireland and the U.S.A. His work is in many public and private collections on both sides of the Atlantic. He has been the recipient of several grants and awards including the Pollock-Krasner Foundation Award. While perhaps best known for his object-based work his practice also incorporates photography, theatre, sound and texts. 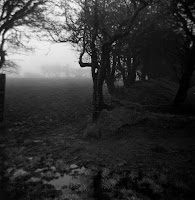 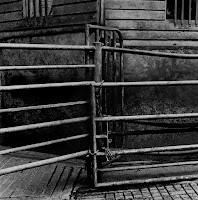 While resident in the USA, Gypsy Ray gained a national reputation for her social documentary photography especially for work focused on the issues of HIV/AIDS and its impact on specific communities.  Here in Ireland she has continued her creative engagement with place and people using both photography and drawing and was recently awarded a Kilkenny County Bursary for her initial work with the County Kilkenny Traveller Community.  Her drawings are a regular feature in the RHA annual exhibition.  A book of landscape imagery, "The Poetry of Place" was published in 2007.
For more information see : www.townlands.net
www.alancounihan.net.
www.gypsyray.wordpress.com
Posted by Ennistymon Courthouse Gallery and Studios at 1:22 PM